Hip Dysplasia – As with many other large breeds, Shilohs can also be susceptible to hip dysplasia, a genetic disorder characterized by incomplete growth of the hip. While more rare, there have been some instances of osteochondritis, a condition where a piece of bone or cartilage breaks away, causing pain and stiffness in the affected joint. Skeletal disorders often require long term treatment and therapy.

Keep in mind that an HD A result does not mean that your dog will never suffer from HD. Conversely, obvious deformities also do not mean that the dog will definitely suffer from them. It is wise to make sure that you do not put (the hip joints of) your dog too heavy. If in doubt, you can discuss this with your vet.

Go to top
Go to top 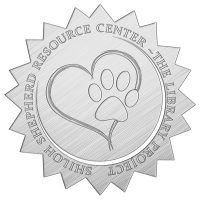